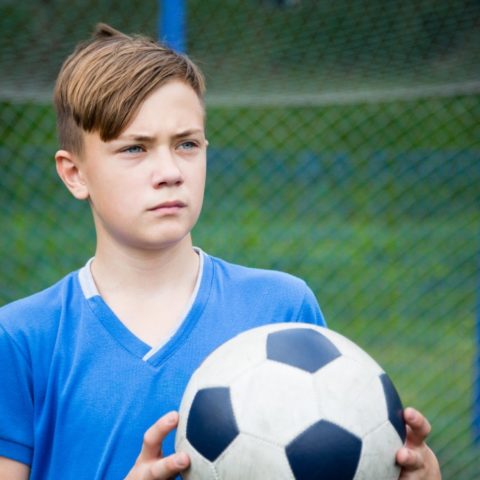 Organized sports help children develop teamwork skills, self-confidence, resiliency, moral character, and other personal strengths.  However, youth sports have advanced significantly over the last 20 years in scope and competitiveness, with one significant dynamic being a single sport focus for many youngsters. Dreams of attaining a college scholarship or even playing professionally contribute to this trend.

On the surface, it would make sense to specialize and become proficient at a single sport or activity.  We see such benefits in many disciplines including music and the arts. The concept of specialization improving human performance was buoyed by Ericsson et al,(1993), who predicted expert performance based on the duration of exposure (practice) with development of the famous “10,000-hour rule.” Meaning it takes 10,000 hours of deliberate practice in an activity to become an expert.   However, the effectiveness of increasing the amount of early exposure to a single sport on athletic performance has been debated in recent years, especially its possible negative correlation with physical and mental health over time.  In concert with this phenomenon, the prevalence of repetitive-based injuries and psychological challenges among high school and college athletes continue to be on the rise.

This issue of early sports specialization has led to the following five health concerns:

The common cause of overuse injuries is repetitive movement. Overuse injuries occur when an individual undergoes repetitive stress (such as in throwing, running, and swimming) followed by insufficient rest.  According to a 2014 study in the American Journal of Sports Medicine, 15 to 19-year-olds accounted for 57% of Tommy John procedures in the United States from 2007-2011.  Additionally, Investigators identified 23,912 primary pediatric (18 & under) Anterior Cruciate Ligament Injuries (ACL) reconstructions in New York State in 2014 – 70% of which were caused during non-contact.

2).   Lack of full-body and symmetrical, strength, flexibility and balance

The overload of certain physical structures (muscles, tendons etc.) along with the under-utilization of other physical structures, causes a lack of full-body physical development in young athletes.  This imbalance results in a lack of the following: coordinated movement, full-body strength, balance and overall enhanced mechanics, all of which increases the chance of injury and decreases one’s performance.

3).   Development of varied experiences and interests

Many children lose out on the diversified development gained by participating in a variety of sports. The American Academy of Pediatrics has stated that ‘‘Young athletes who specialize in just one sport may be denied the benefits of varied activity while facing additional physical, physiologic, and psychologic demands from intense training and competition’’.

While most psychological effects of sports on children and youth are positive, there can be drawbacks. If the pressure to win is overemphasized or the expectations of parents or coaches become too great, kids may experience psychological stress. Stress can cause a decrease in the enjoyment of engaging in sports, and it can also cause anxiety, headaches, stomach aches, fatigue, disruptions in sleep, muscle pains and depression. To diminish the risk of these negative effects, the American Alliance for Health, Physical Education, Recreation and Dance recommends minimizing the emphasis on winning and instead focusing on developing specific skill sets.  A recent study noted that approximately 1 in 200, or 0.5%, of high school senior boys playing interscholastic baseball in the United States will eventually be drafted by an MLB organization.  Even fewer players actually play in the major leagues. Although parents often appear to be the driving factor for a single sport focus, multiple studies have demonstrated that the coach may be the most influential in this decision process.  Youth coaches may believe that expert skills will be achieved only if the athlete’s focus is directed to a single activity or sport.

Over time, young athletes decide to dropout because its no longer enjoyable. A recent study suggested that 3 developmental assets (positive identity, empowerment, and support) were key elements of focus for youth sport programs in order to decrease burnout symptoms and enhance overall enjoyment. Another study indicated that characteristics related to youth sports burnout include extremely high training volumes and time requirements, demanding performance expectations (self- or other-imposed), and continual competition. Personal factors such as perfectionism and a singular focus on athletic involvement have also been identified as precursors to burnout.

Thus, in developing healthy, well-rounded young athletes, consideration should be given to the wisdom of focusing on one sport.  The possible negative outcomes associated with this approach, may not be worth it.